How much preparedness is enough

The arrival of the pandemic triggered by the (likely) crossing from another species to humans of the Covid-19 virus is a good reminder to think about how much preparedness is enough.  This event, caused by an inter-species jump and rapid spread of the virus technically described as SARS-COV-2, is reason to think carefully about, and perhaps act to prepare for, other major disruptive events.

This technical name of this virus is a cue for deciding (or not) to be prepared. Covid-19 is at least the second ‘sudden acute respiratory syndrome’ virus identified in recent times. The first one, SARS, apparently made the jump to humans in Guangdong province, China in late 2002. From there it spread through Hong Kong, Taiwan, Singapore, Vietnam, Canada and in smaller numbers to Australia, New Zealand, and Europe. There are almost certain to be others.

Looking at the countries hardest hit by SARS shows that early exposures were prompts for being better prepared and better equipped to deal with the next pandemic, Covid-19 – at least from a public health viewpoint.

But pandemics are not the only disruptive event facing our highly interconnected world.

The component parts often do.

This ready response, based on what is possible right now, is a key part of effectively handling major disruptions – and staying in business. This organisation’s customers (and maybe your customers too) expect critical services to continue despite the disruption.

Scenario exercises are an essential tool for testing the effectiveness of your response system.

Pandemics are one thing, but they are not the only thing which can be disruptive. Here in New Zealand earthquakes are a reality, so they need to be on the list of potential disruptions. More severe and extreme weather events are a reality with climate change, i.e. more storms, droughts, and possibly large-scale fires.

The cover of a recent issue of ‘The Economist’ was titled ‘The Next Catastrophe’ and contained an article headed ‘The world should think better about catastrophic and existential risks’ [1]. The article begins by referring to the last large-scale geomagnetic storm to strike the earth (in 1859). Geomagnetic storms, or massive bursts of charged particles from the sun, will happen again.  There was a smaller one in 1989 which shut down most of Quebec’s electricity system.

In today’s world the effects would be more devastating. Induced currents would wipe out most electricity grids and nobody has quite figured out what would happen to the internet.

So perhaps large-scale loss of electricity needs to be prepared for too.

Our client organisation used this potential loss for a scenario exercise. The results were very instructive. The organisation found out just how dependent they are on electricity and electric powered communications - i.e. the internet, phones, Email etc.

This all points to the need to do more thinking and perhaps preparation for the next big disruption.

We suggest asking yourself the following questions;

1. Do different parts of your organisation really know what to do, and do they have some starter plans to keep things going in the event of a major disruption?

2. Have you thought about, and written down, how you will respond to possible big disruptive events?

3. Are there additional things you can sensibly do to be prepared, and have you done them?

Our current real-life example is, ‘if your business is tourism and a pandemic shuts your country’s borders, how do you position yourself to keep going with only domestic travellers as customers?’

So be prepared to think laterally and consider ‘unreasonable’ options – you may need them. 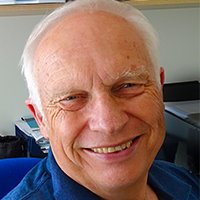